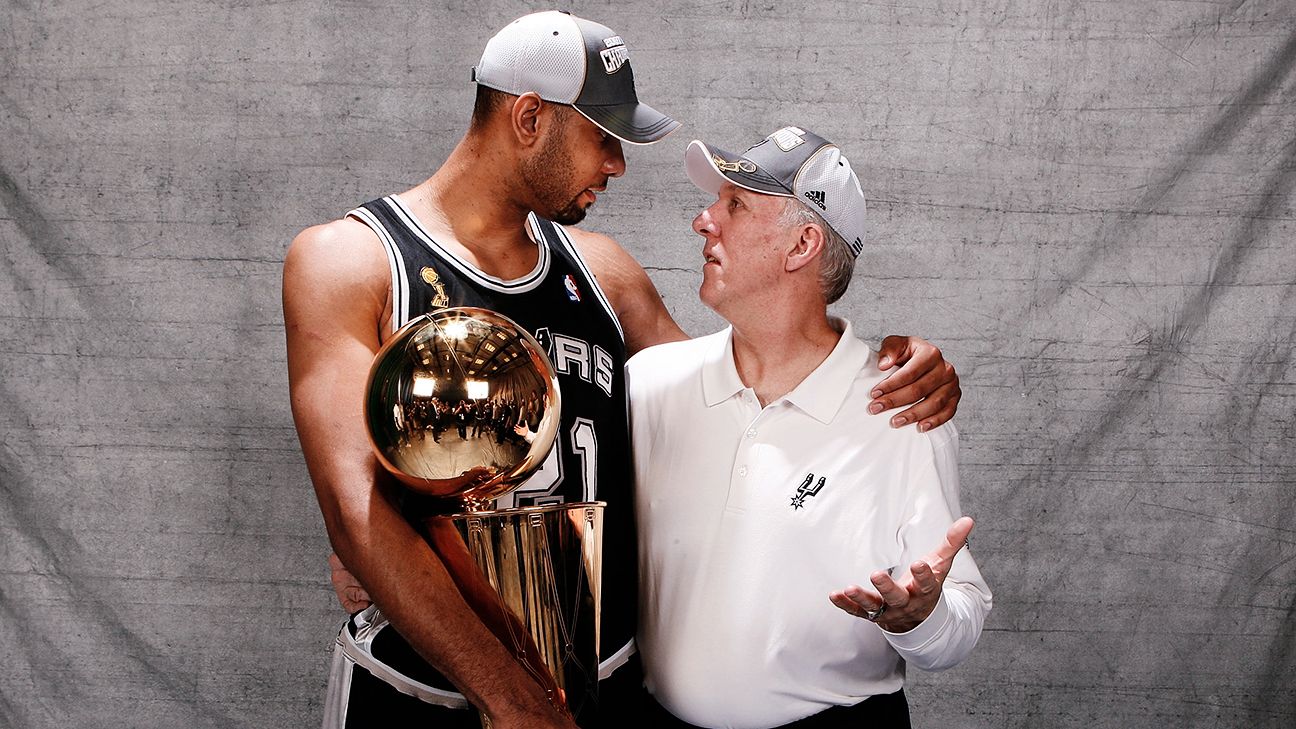 Tim Duncan has returned to the San Antonio Spurs as an assistant on coach Gregg Popovich’s staff, the team announced Monday.

“It is only fitting, that after I served loyally for 19 years as Tim Duncan’s assistant, that he returns the favor,” Popovich said in a statement.

Duncan, 43, played his entire 19-year career with the Spurs.

The 6-foot-11 “Big Fundamental” was a two-time league MVP and a 15-time All-Star while helping the Spurs win five NBA titles. He retired after the 2015-16 season.

The Spurs also announced that Will Hardy, who first joined the team as a basketball operations intern in 2010, will also be joining the bench as an assistant coach.