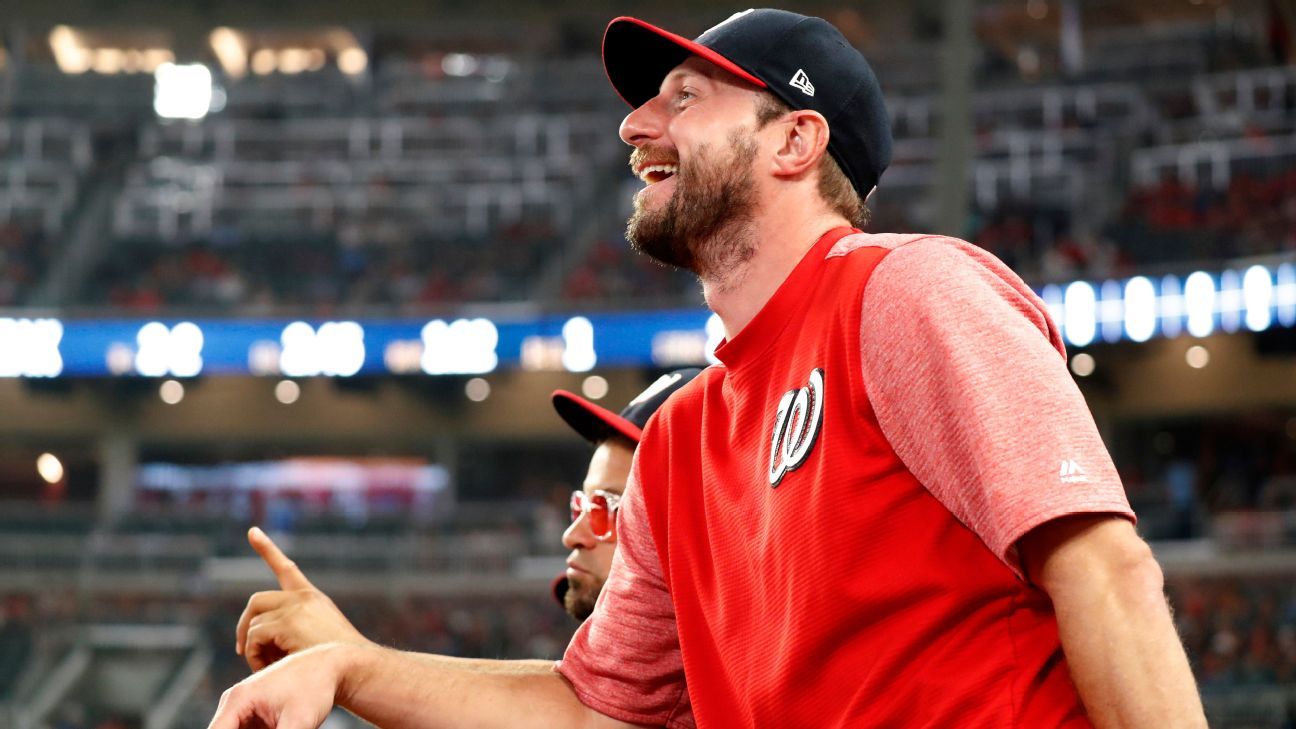 “He felt good today,” manager Davey Martinez said of Scherzer, who threw a bullpen session Monday prior to the opener of a four-game series between the Nationals and Rockies getting rained out. That contest has been rescheduled as part of a doubleheader on Wednesday, with the finale coming Thursday afternoon.

Assuming Scherzer doesn’t suffer any setbacks between now and then, he would take the hill in the finale.

Scherzer has been dealing with an inflamed bursa sac below his right shoulder and has not pitched since July 6, when he tallied 11 strikeouts over seven scoreless innings against the Kansas City Royals. One week later, the Nats placed him on the injured list, retroactive to July 10.

On Tuesday, Martinez said the Nationals considered the calendar for the remainder of the regular-season schedule, as well as the postseason, before landing on Thursday as the likely return date for Scherzer.

“We actually sat down and looked at the schedule, and that’s basically how we came up with Thursday,” said the Nats’ second-year skipper. “I went all the way ’til the wild-card game. I’m hoping that we’re not the wild-card team. But we sat down and mapped everything out from that day.”

Washington began the day 6.5 games behind the first-place Atlanta Braves in the National League East, and in possession of the top wild-card spot in the NL. If Scherzer is able to go on Thursday, he would then line up to start in all three of his team’s remaining series against the Braves, as well as in Washington’s lone remaining series against the third-place Phillies. He’d also be in position to take the mound in a potential NL wild-card game.

A three-time Cy Young winner, Scherzer has been one of the game’s most durable hurlers, having made at least 30 starts in all 10 of his full seasons since debuting in 2008. Since signing a seven-year, $210 million contract with the Nationals prior to the 2015 season, the 34-year-old righty had made only one other trip to the injured list, in August of 2017.