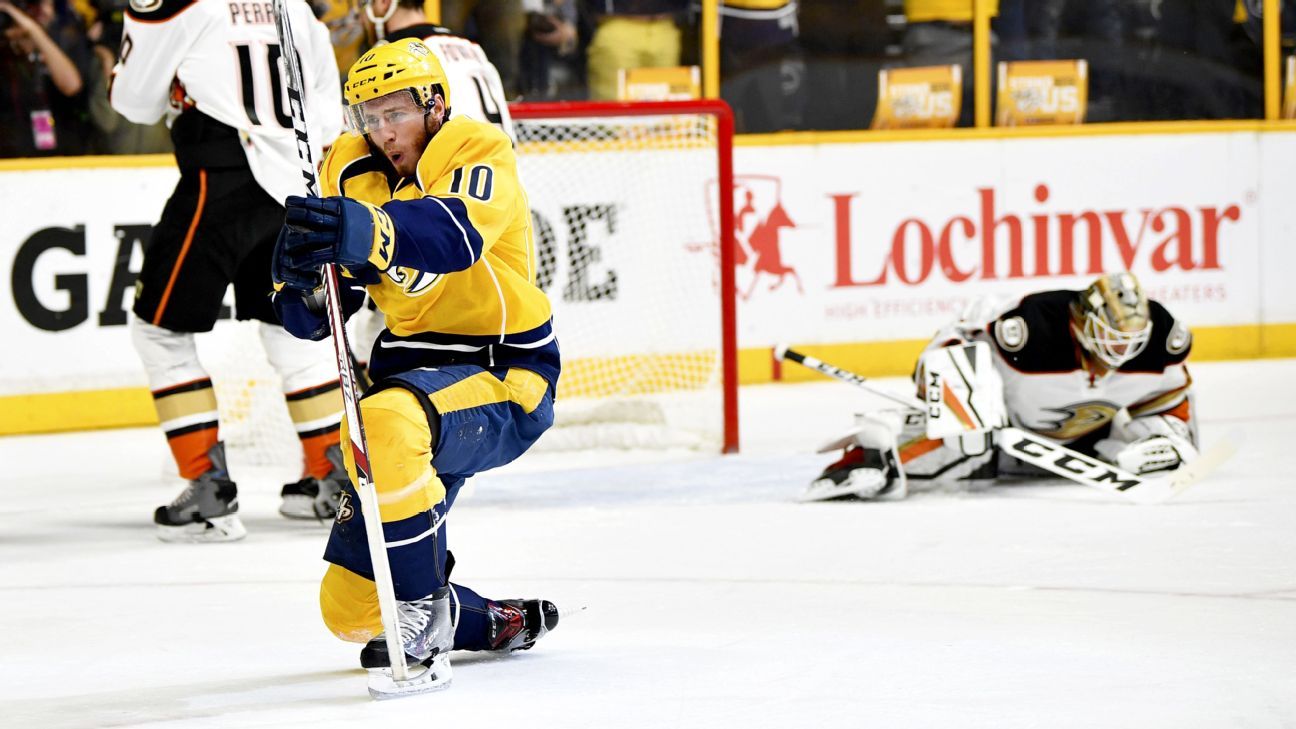 The Nashville Predators have signed forward Colton Sissons to a seven-year, $20 million contract that runs through the 2025-26 season.

“Colton will be an important part of our team for the next seven seasons, and we are happy he has made a long-term commitment to our organization and the city the Nashville,” Predators president David Poile said Tuesday in a statement released by the team. “He’s a heart and soul player who is versatile and can fill many important roles on our team, including on the penalty kill and power play. His offensive production has increased each season, and he remains an integral part of our defensive structure down the middle of the ice. Colton is also an up-and-coming leader in our organization, which is something we value strongly.”

A second-round draft selection in 2012, Sissons has spent his entire five-year career with the Predators. He has 37 goals and 40 assists in 265 career games.