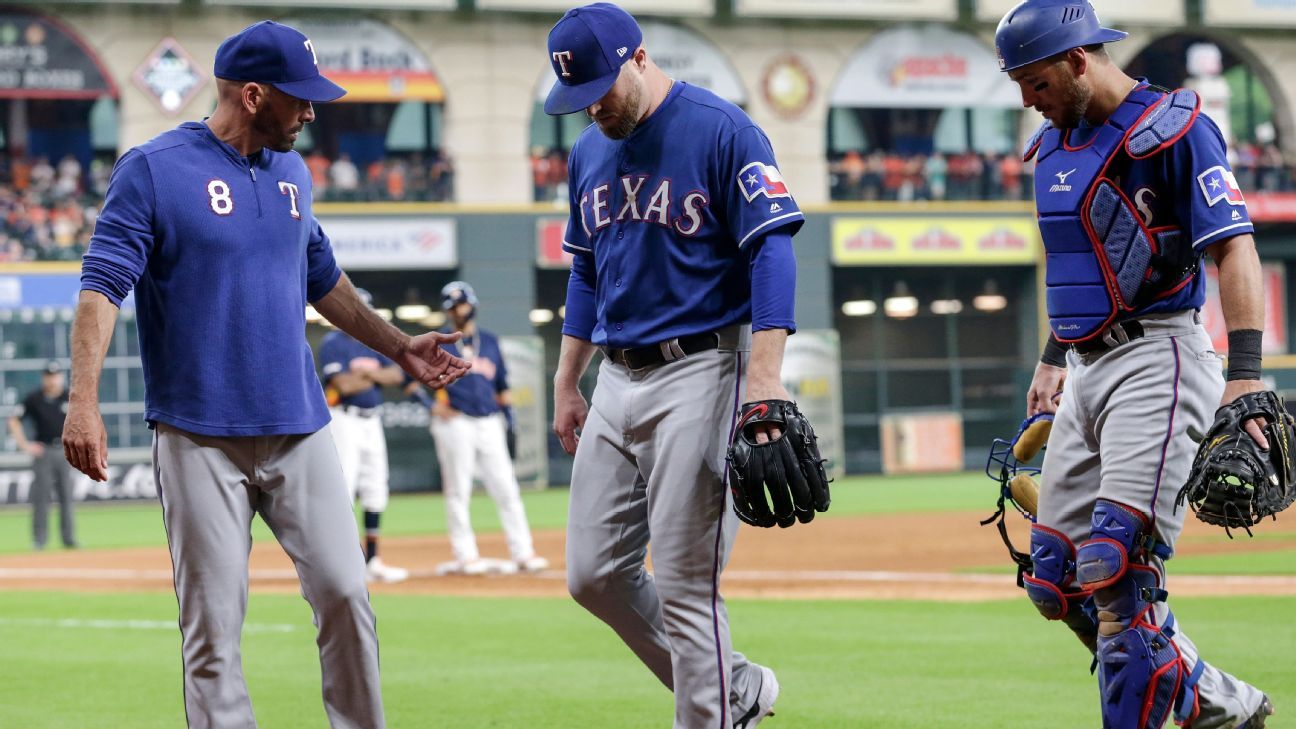 The Rangers made the move with Kelley on Monday before opening a three-game series in Seattle. Texas selected the contract of reliever Rafael Montero from Triple-A Nashville to take Kelley’s roster spot and designated for assignment outfielder Carlos Tocci to clear a 40-man roster spot.

Kelley left Sunday’s game in Houston in the bottom of the eighth inning after throwing several warm-up pitches. Woodward said he initially thought the injury was serious enough that Kelley’s season could be over.

An MRI showed no acute injury, and Woodward said it was “way better than we all thought.” Woodward expects Jose Leclerc and Chris Martin to handle the late-inning duties with Kelley out.