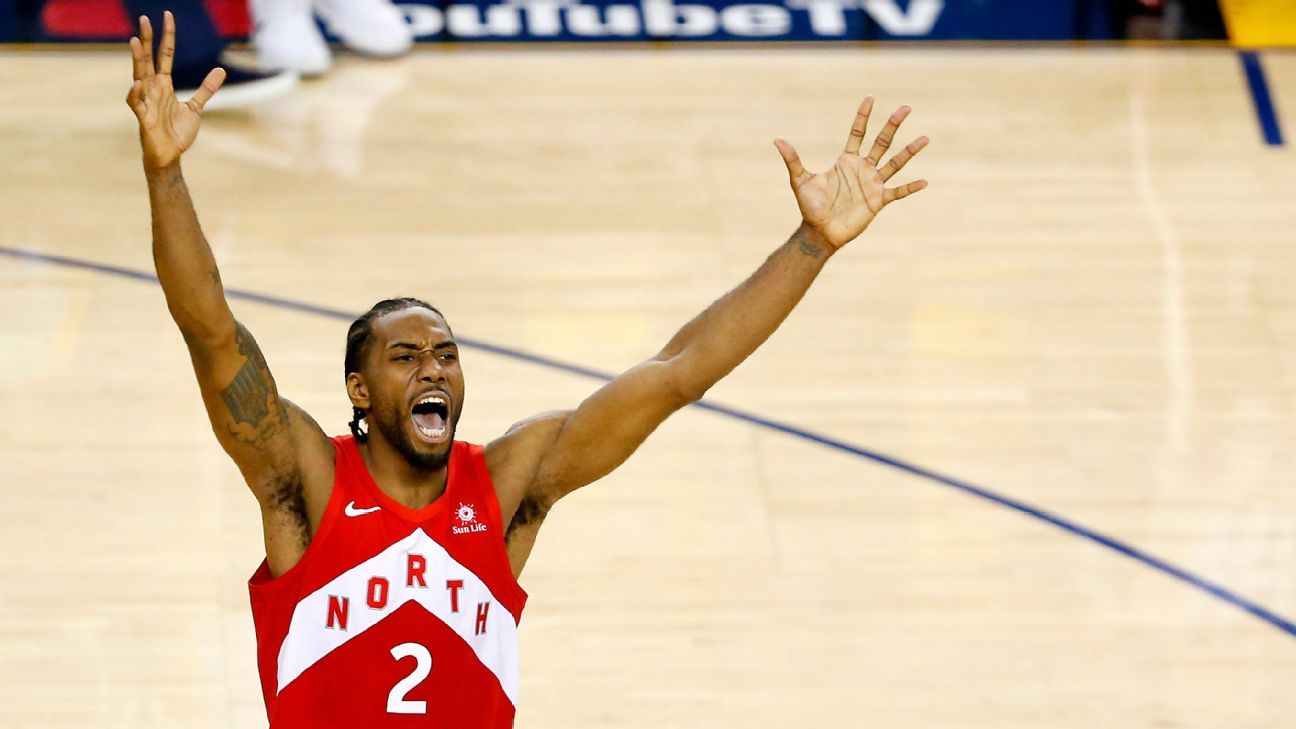 The 2019-20 NBA schedule was unveiled on Monday, and with summer player movement scattering stars across the league to new teams, return games will feature prominently throughout the season.

Kawhi Leonard will make his return to Toronto on Dec. 11 as the LA Clippers visit the defending champion Raptors. New Celtics guard Kemba Walker returns to Charlotte on Nov. 7 and Jazz guard Mike Conley is back in Memphis on Nov. 15.

The 2019-20 season opens on Oct. 22 with a doubleheader featuring the Pelicans visiting the Raptors on ring night, and the Lakers visiting the Clippers in the first installment of the new battle for Los Angeles.

The Lakers lead the way in national TV appearances with 31 (ABC, ESPN and TNT), winning the first matchup with the Clippers who clock in with 26. The Warriors have the second-most with 30, the Rockets will appear 26 times, Celtics 25 times, while the Bucks and Philadelphia 76ers make 24 appearances each. Zion Williamson and the Pelicans will make 20 national TV appearances.

The league’s marquee Christmas Day games will feature five games, with the Celtics visiting the Raptors at noon (all times ET), the Bucks at the 76ers at 2:30 p.m., the Rockets at the Warriors at 5 p.m., the Clippers at the Lakers at 8 p.m. and the Pelicans at the Nuggets at 10:30 p.m.

A primary focus for schedule-makers this season was to move up East Coast start times for national TV doubleheaders. The overall number of 10:30 p.m. ET starts on national TV was reduced from 57 to 33, with the Warriors playing only 11 times at 10:30 p.m. (down from 18 last season) and the Lakers only 10 times (down from 19).

The regular season concludes on April 15 with 26 of the 30 teams in action that night.