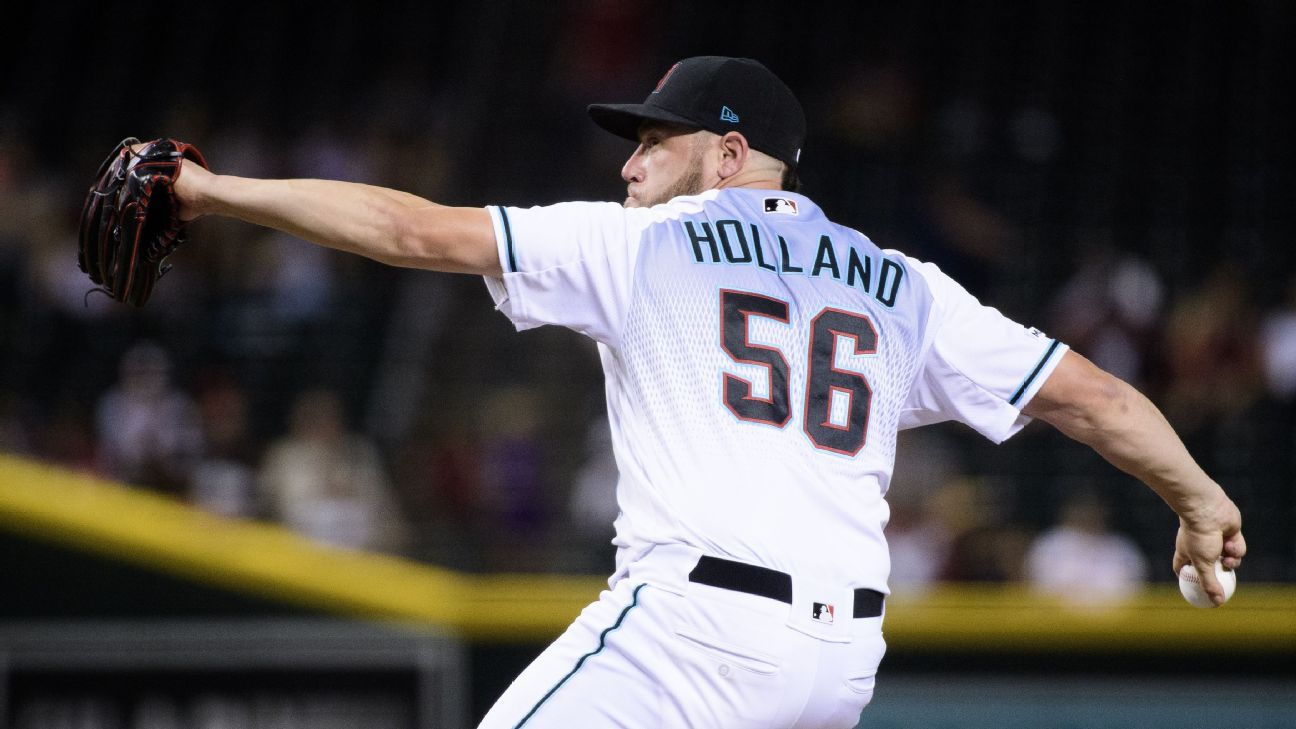 Right-handed reliever Greg Holland and the Washington Nationals have reached an agreement on a minor league contract, according to multiple reports Tuesday.

The 33-year-old Holland was designated for assignment by the Arizona Diamondbacks last week. He was 1-2 with a 4.54 ERA and 17 saves in 22 chances this season.

Washington’s bullpen has struggled throughout this year. Its 6.05 ERA is the worst in the National League.

Astros, Dodgers or Yankees? We debate which is baseball’s best now — and for October
Eovaldi, back in Red Sox rotation, to start Wed.