Djokovic cruises into third round at Cincy Open 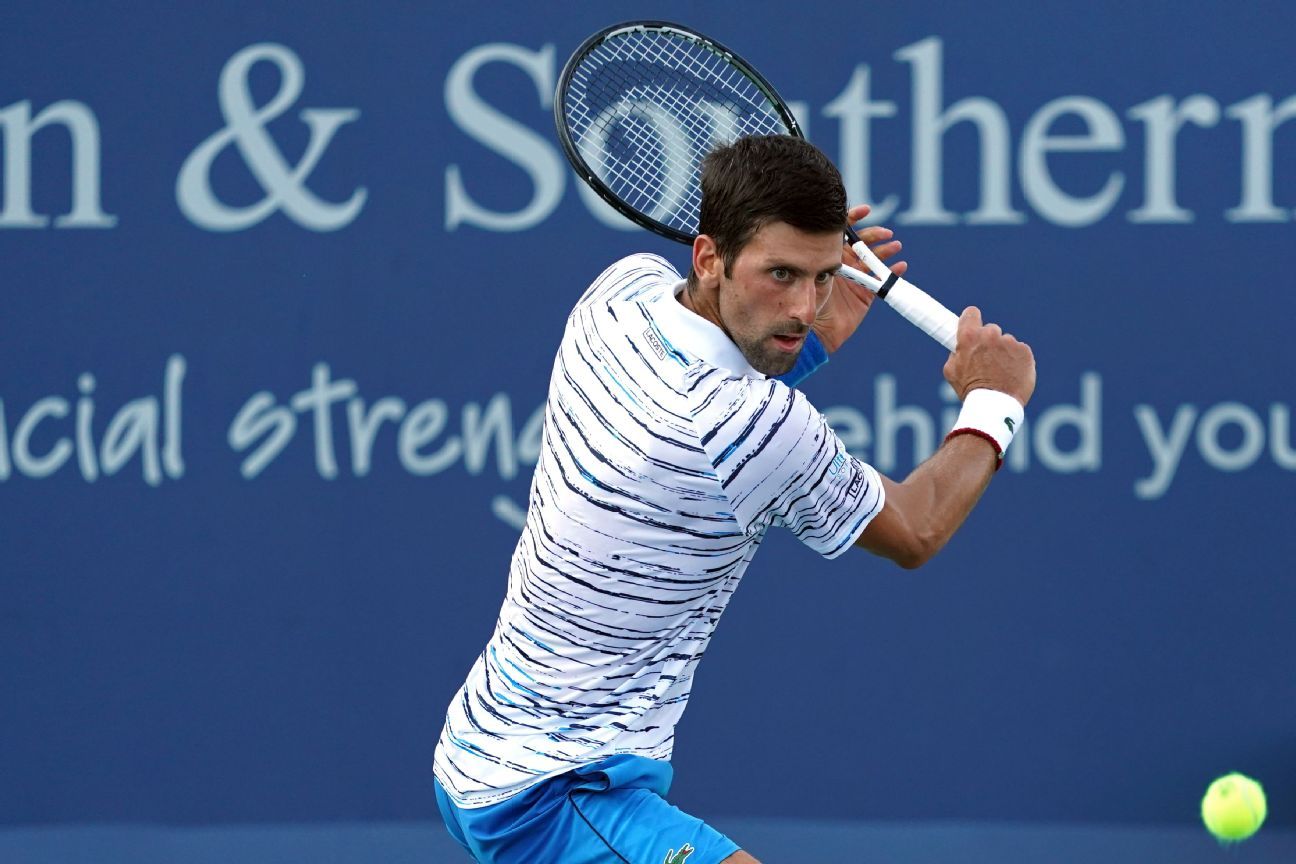 MASON, Ohio — On a star-studded day that was scheduled to include Serena Williams and Roger Federer in the evening session, top-seeded and defending champion Novak Djokovic cruised into the third round with a 7-5, 6-1 win over wild card Sam Querrey.

Federer, the third seed who was playing for the first time since Wimbledon, was leading wild card Juan Ignacio Londero 6-3, 2-2 when rain forced their match to be suspended. Two-time Grand Slam winner and sixth-seeded Petra Kvitova was 4-4 in the first set with Maria Sakkari.

Djokovic felt a little rusty in his first match since his epic Wimbledon final triumph over Federer on July 14.

“It was kind of a nervous start,” he said. “I hadn’t played in weeks. It took time to adjust. It was a tricky match against a qualify opponent. He’s a big hitter. I was happy to be tested.”

In other matches, Stan Wawrinka advanced with a 5-7, 6-4, 7-6 (4) victory over Grigor Dimitrov, and fourth-seeded Dominic Thiem withdrew because of illness.

In a match that lasted 2 hours, 34 minutes, Dimitrov fought off two match points in the eighth game of the third set and forced a tiebreaker. Wawrinka closed out the match with an ace.

Wawrinka next faces qualifier Andrey Rublev, who advanced with a 6-7 (4), 6-4, 6-2 victory over 15th-seeded Nikoloz Basilashvili.

Serena withdraws from Cincy, again due to back
ITF shoots down AITA request, refuses to postpone or shift Ind-Pak Davis Cup tie