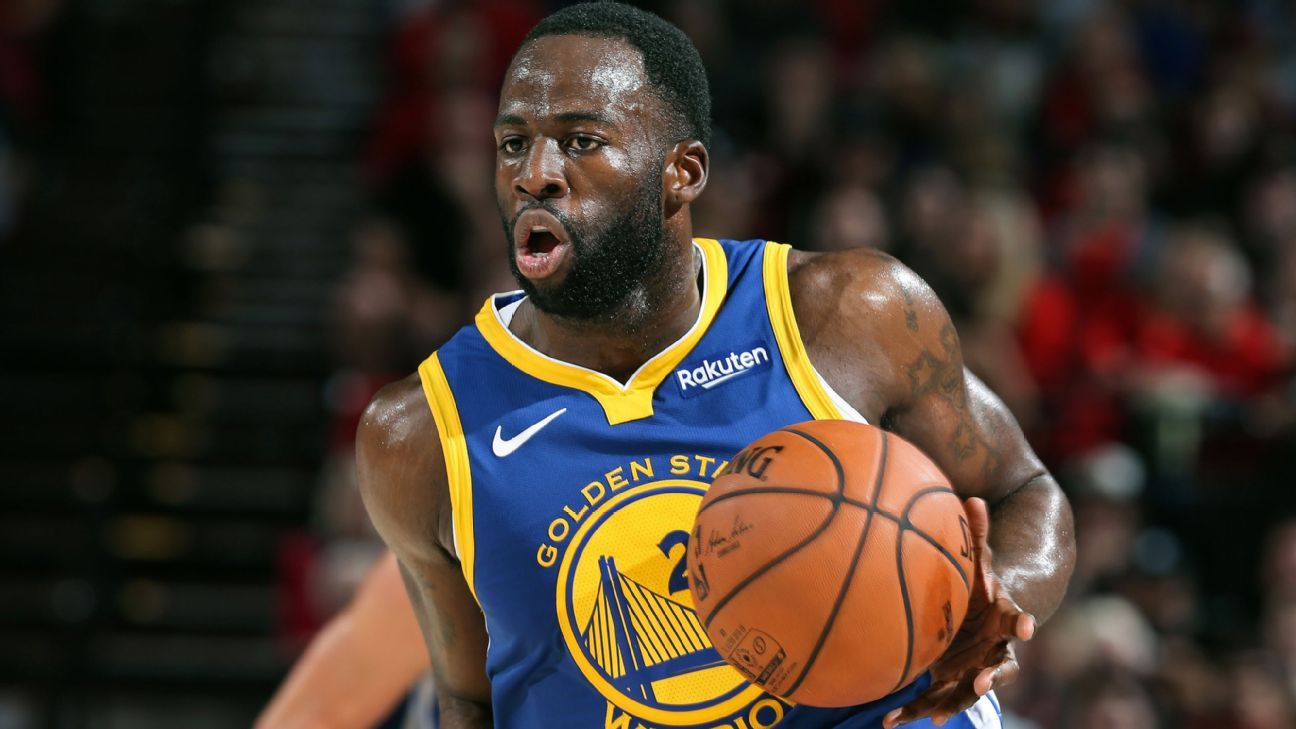 After reaching agreement on a $100 million contract extension earlier this month, Draymond Green is once again embracing the doubters who are down on the Golden State Warriors next season following Kevin Durant‘s departure and Klay Thompson‘s ACL injury.

“I’ve heard people say we’re not gonna make the playoffs. That’s crazy to me,” Green said in an interview with ESPN’s Rachel Nichols on Wednesday’s The Jump. “I mean, that’s just, like, that’s total disrespect, but no different than the disrespect we’ve all been getting for years.”

The Warriors are still favored to make the playoffs at Caesars Sportsbook, with Golden State opening at minus-400 to make the postseason. But that’s a far cry from the minus-10000 odds they had before last season.

Whether it’s the odds or just chatter, Green said he’s fine to hear any skepticism around his team.

“I like it. You know, being the underdog. It’s been a while since we been the underdog. But it brings that underdog chip back, and I miss that chip,” Green said. “I’m pretty sure Steph (Curry) missed that chip, and some of the stuff Klay been texting me this summer, I’m positive he misses the chip.

“… So to the oddsmakers, thanks. You got me where I am today. I look forward to where they take me again.”

On Aug. 3, Green’s agent, Rich Paul of Klutch Sports, told ESPN’s Adrian Wojnarowski that the sides had agreed to a four-year, $100 million extension. A league source told ESPN’s Nick Friedell that the deal includes a player option for the final season.

For Green, the contract is a statement against the “garbage” surrounding him and the Warriors last season and proves those who thought he wouldn’t make it in the NBA wrong, calling that fact “very sweet.”

“It just tells you that there was a method to that madness,” Green told Nichols. “And while so many people tried to write it differently, as I said before, they were — when I said it then, they were wrong. There’s proof in the pudding now that they were wrong. And I enjoy that just a tad.”

He also said he didn’t want to wait until he became a free agent next season, saying he could “come up short” on a megadeal and would never want to bail on the Warriors.

Asked about Durant’s decision to join the Brooklyn Nets, Green called him his “brother” but told Nichols he didn’t know Durant was leaving until “everybody else found out,” adding he wouldn’t have expected to hear about it beforehand.

“It’s my life, like, am I supposed to come to you and, A, let you know that that’s what I wanna do, or B, ask you for permission? No,” Green said. “And so I found out when everybody else found out, which is exactly how it should be.”