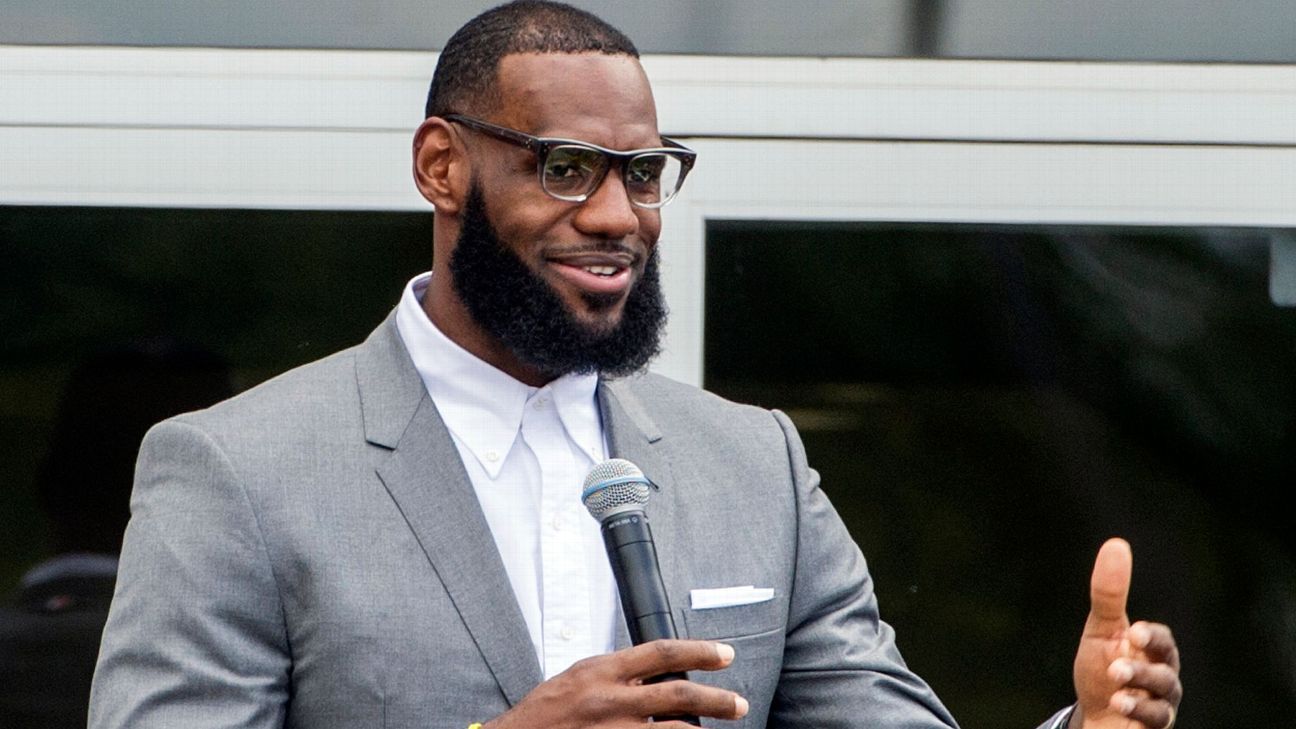 AKRON, Ohio — LeBron James has dedicated a basketball court at the school he founded for underprivileged children in his hometown.

Joined by his close friends and former teammates from nearby St. Vincent-St. Mary High School, James helped unveil a multicolored outdoor court at the I Promise School, which has just started its second academic year and now serves more than 300 students from grades 3-5.

The NBA superstar is spending more than $1 million on various upgrades for the school. James and his high school buddies played a few of the kids in a quick game, and the four-time MVP dunked to break in one of the hoops.

The 34-year-old will soon begin his second season with the Los Angeles Lakers. He missed the playoffs last season, failing to make the Finals for the first time in nine years.

James has a starring role in “Space Jam 2,” which has been filming in Hollywood this summer.