Osaka out with knee injury; will undergo MRI 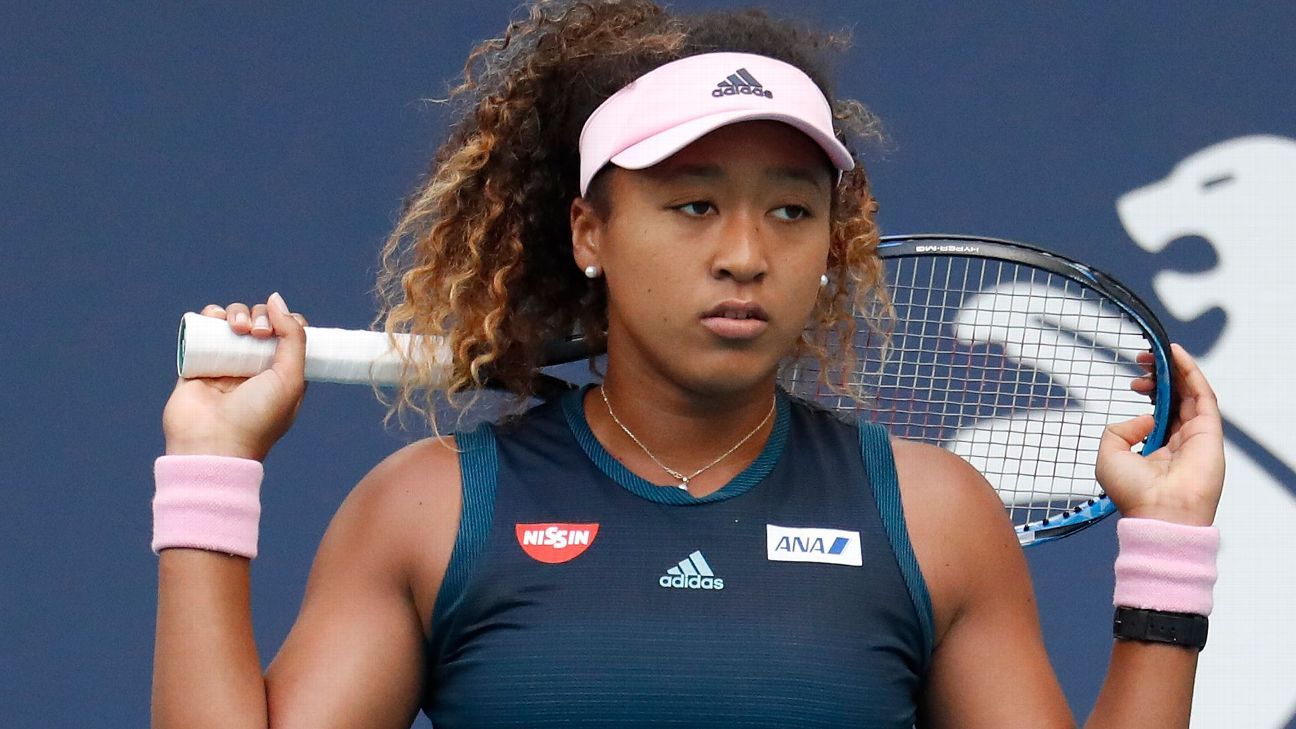 MASON, Ohio — Naomi Osaka felt a strange sensation in her left knee, different than anything she’d experienced. The U.S. Open champion left the court worried about whether she’ll be in shape to defend her precious title.

Osaka retired from her quarterfinal match at the Western & Southern Open on Friday, unsure what’s going on in the knee. She expected to get an MRI.

For now, the player currently ranked No. 1 in the world is concerned about her chances of making another deep run in New York.

The problem came out of the blue.

Osaka split two sets with Sofia Kenin. She felt something unusual in the knee while serving early in the third set. After a timeout to have it examined and wrapped, she played a couple more points before retiring .

With that, Kenin advanced to the semifinals for the second straight week. During her run to the semifinals in Toronto, she knocked off then-No. 1 Ashleigh Barty, an upset that allowed Osaka to move up to the top ranking.

Barty is in position to snatch it back heading into the Open. She beat Maria Sakkari 5-7, 6-2, 6-0 with an encouraging all-around effort.

“Still not quite there, but we’re getting better and better each match,” the French Open champion said. “I think that’s the beauty of being able to stay alive in the tournament is to give myself an opportunity to keep getting better. I think I’m still aiming to obviously do very well here, but the big picture is New York in 10 days’ time.”

She needs some work on those first sets, though.

Barty got ahead 5-2 in her opening set and got sloppy, letting it slip away. It was the second straight day that Barty rallied after dropping a first set. She fought off a match point during a three-set win over Anett Kontaveit on Thursday, showing poise that she’d need to draw upon again a day later.

“There is certainly no panic, where it gets to the stage where I’m kind of overwrought or can’t think straight,” she said. “I’m still able to, more times than not, have the ability to relax and kind of stay clear and come back to what works.”

Barty will face Svetlana Kuznetsova, who reached her first semifinal of the season by beating third-seeded Karolina Pliskova 3-6, 7-6 (2), 6-3.

Kuznetsova is playing only her ninth event after missing the start of the season because of a knee injury. On a hot, humid afternoon, she got treatment for tightness in her upper right leg after the second set and twice again during the final one.

On the men’s side, qualifier Yoshihito Nishioka withdrew because of illness, sending David Goffin into the semifinals. Nishioka had a good tournament showing, beating sixth-seeded Kei Nishikori — a player he called his hero — and Alex De Minaur to reach the quarterfinals.

Goffin will face Richard Gasquet, who advanced with a three-set victory over Roberto Bautista Agut. Gasquet had groin surgery in January and fell to No. 68 in the ATP rankings on July 29, his lowest in nine years. He’s back in an ATP Masters 1000 semifinal for the first time since 2013 in Miami.

Seven-time champion Roger Federer was upset Thursday, leaving Novak Djokovic as the only high seed left in the bracket.

Coco Gauff’s strengths and weaknesses at the 2019 US Open
Barty fails to reach No. 1 with loss in Cincy semis