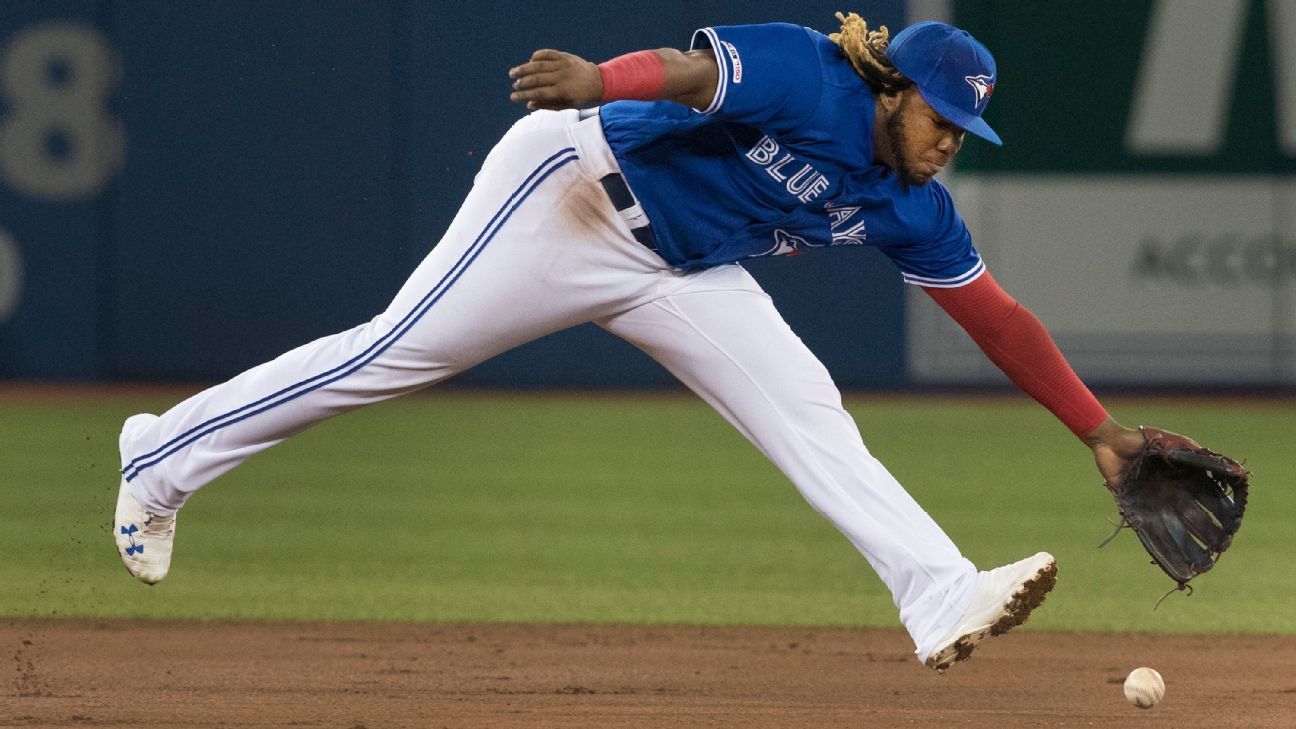 In the second, Guerrero cut in front of shortstop Bo Bichette to field Austin Nola‘s grounder and made an awkward throw across his body, too late to record the out. Nola later came around to score on a sacrifice fly.

The son of Hall of Famer Vladimir Guerrero Sr. and a finalist in the Home Run Derby at the All-Star Game in Cleveland, Guerrero leads AL rookies in hits (95) and doubles (22). He homered in Friday’s win over the Mariners, his 14th. He’s batting .274 with 54 RBI in 93 games.

Guerrero missed more than a month at Double-A New Hampshire last season because of a strained ligament in his left knee.