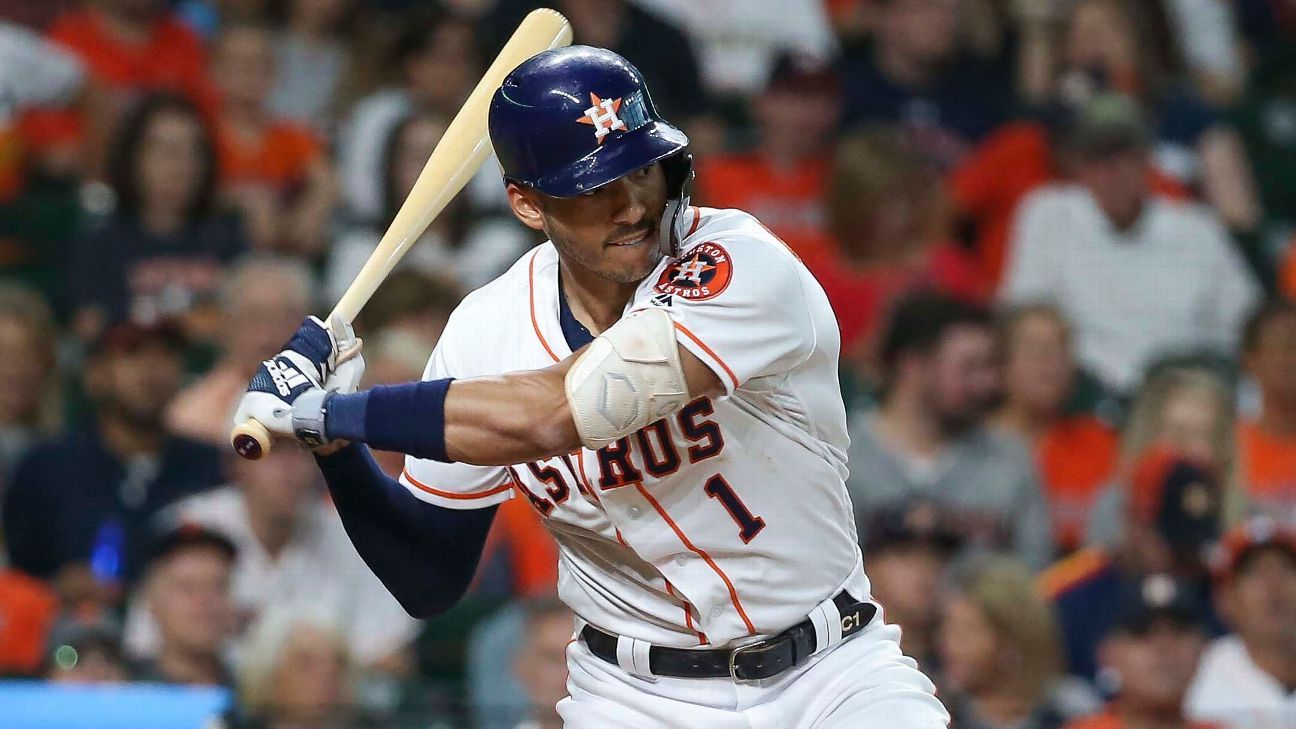 Correa was out of the lineup Tuesday after leaving the previous night’s game after the first inning with back discomfort.

Hinch had said before Tuesday’s contest that it could be several days before Correa is ready to return and that an IL stint was possible. After the game, he confirmed that Correa would be placed on IL.

Sanchez started for Houston on Tuesday but lasted just 2⅓ innings. He allowed three runs on four hits, walking two and striking out one.

Hinch said the team noticed a decrease in Sanchez’s velocity, leading to him being removed. The right-hander, who was traded from Toronto to Houston at the deadline and threw a combined no-hitter in his first Astros start, reported feeling soreness in his pectoral area upon departing.

Are the Mets already in playoff mode? You better believe it
‘You’re the guy with the ball to the crotch’: The inside story behind the funniest baseball card ever made