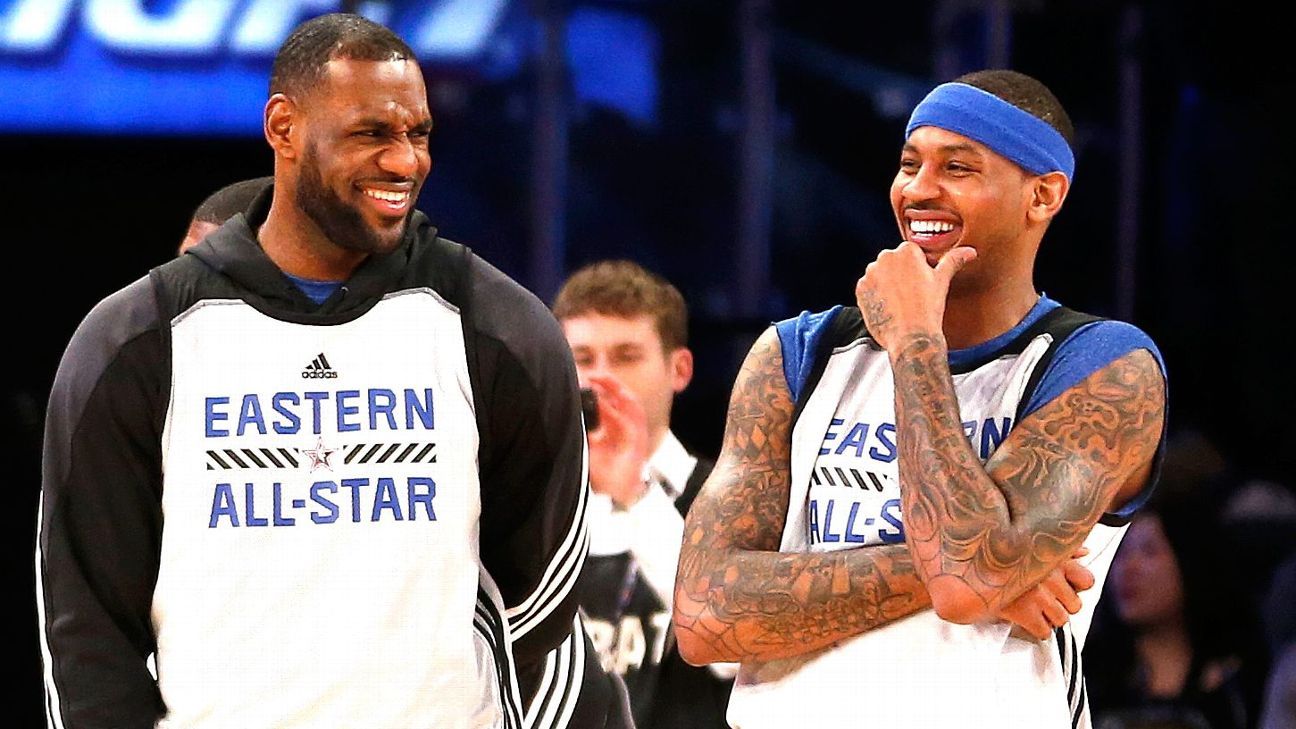 Former NBA first-round pick Royce White believes Carmelo Anthony has been “blackballed” by the league and he thinks LeBron James is partly to blame.

“‘Melo is absolutely being blackballed,” White, who plays in the BIG3 league, told Fanatics View on Saturday. “He’s one of the realest in [the league]. … He’s given too much to the game for them not to allow him to play or for them to kind of culturally just make an agreement that he’s not good enough anymore. All of us here that played the game at the highest level know how good Melo is.”

Earlier this month, Anthony told ESPN’s Stephen A. Smith on First Take that he felt “the game didn’t want me back” after he was released by the Houston Rockets early in the 2018 season.

Anthony, a 10-time All-Star and six-time All-NBA player, went on to say that his passion to play is back.

White, who was drafted with the 16th overall pick in the 2012 draft by the Rockets and went on to appear in only three NBA games with the Sacramento Kings, is wondering why the Los Angeles Lakers didn’t come calling.

“We know that there’s no way that the Lakers would go out and sign Jared Dudley and not sign Carmelo Anthony,” said White, who was the No. 1 pick in this year’s BIG3 draft. “And another question is, when a guy like LeBron is walking around out here like he’s the face and voice of the players, how is he letting his banana boat brother hang out there in the wings and then go sign Jared Dudley and not Carmelo.

“If anybody watching this thinks that Jared Dudley can hold Carmelo’s jock strap, I’ll slap you.”

In a tweet that has since been deleted, Dudley defended himself against White’s comments.

“This isn’t Melo vs. myself, That man is a 1st ballot HOFer,” Dudley said in the since-deleted post. “We all want to see him back in the league. Royce seems uniformed when he speaks and this situation in calling my name out. This league is not about who’s better then who it’s what’s players make for the best Team.”