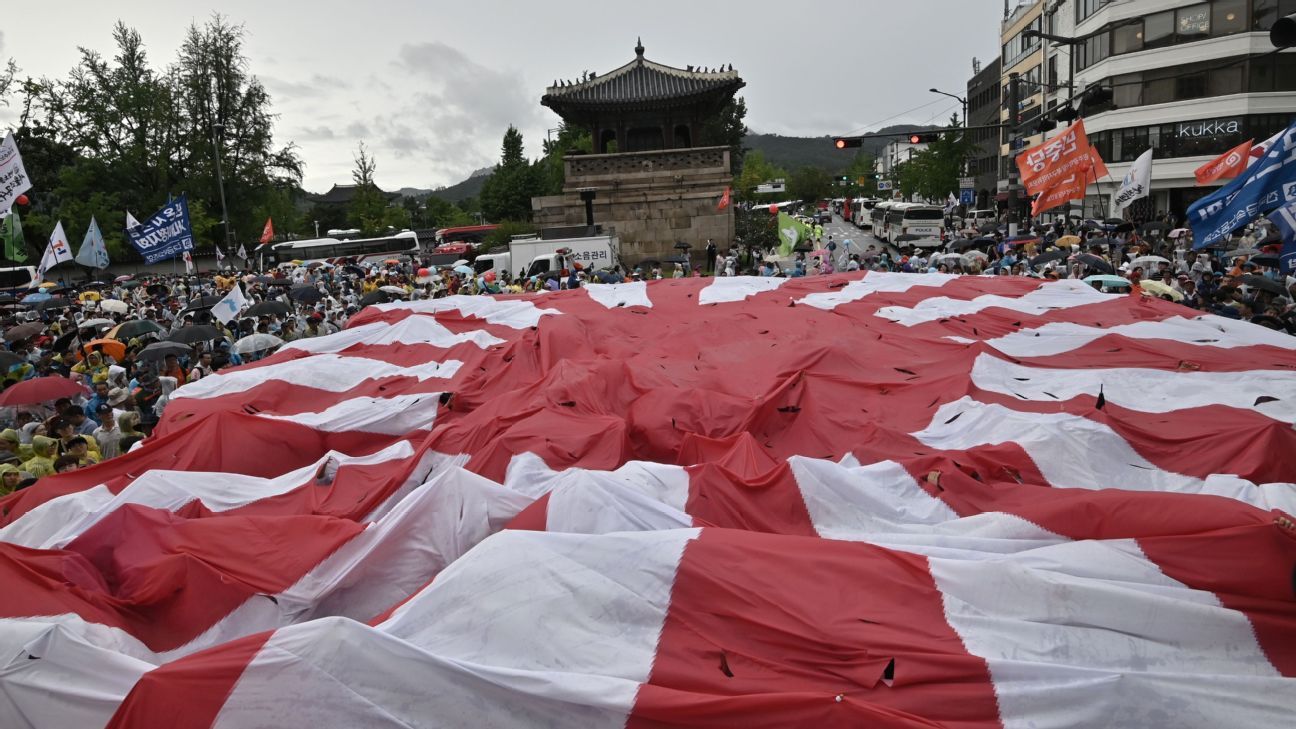 SEOUL, South Korea — South Korea has formally asked the International Olympic Committee to ban the Japanese “rising sun” flag at next year’s Tokyo Games, calling it a symbol of Japan’s brutal wartime past.

South Korea’s Ministry of Culture, Sports and Tourism on Wednesday said it sent a letter to IOC President Thomas Bach expressing “deep disappointment and concern” over Japanese plans to allow the flag in stadiums and other facilities.

South Korean Olympic officials last month urged the local organizing committee to ban the flag, but Tokyo organizers responded by saying it was widely used in Japan, was not considered a political statement and “it is not viewed as a prohibited item.”

The flag, portraying a red sun with 16 rays extending outward, is resented by many South Koreans, who still harbor animosity over Japan’s 1910-1945 colonial rule of the Korean Peninsula.