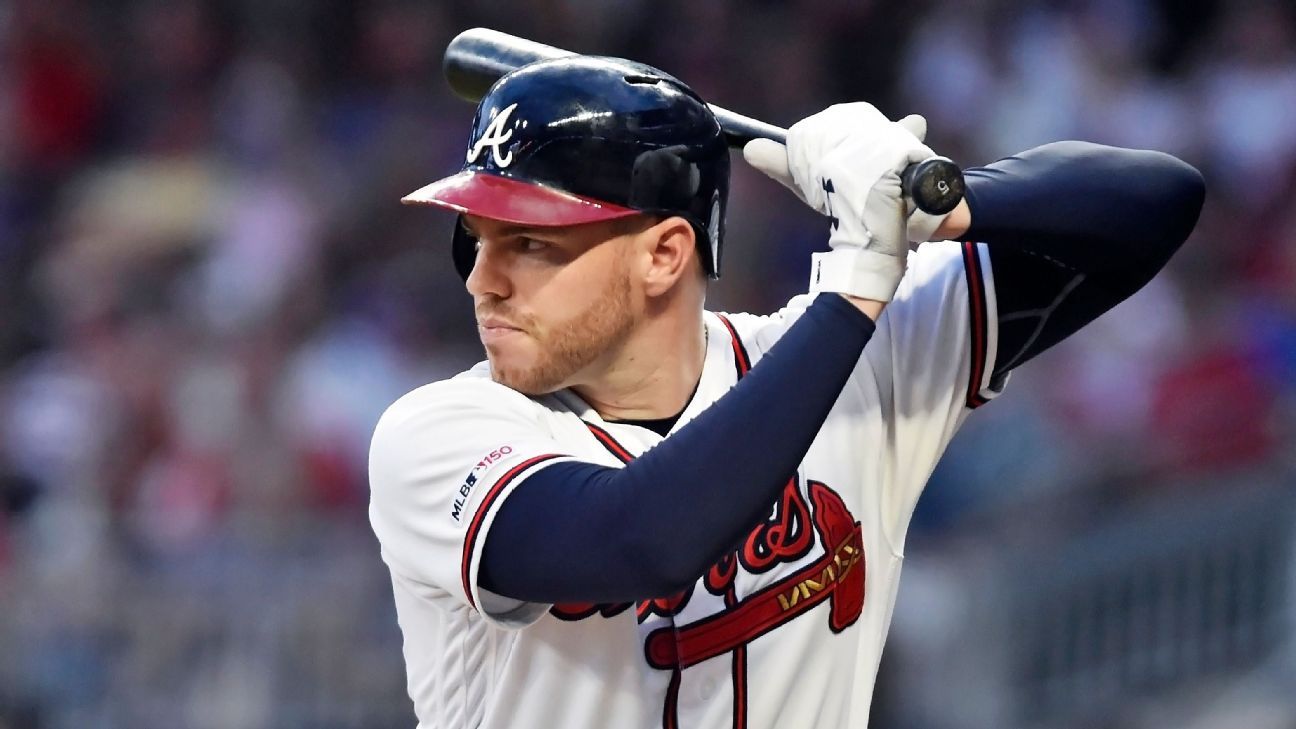 WASHINGTON — The Atlanta Braves are playing it safe with Freddie Freeman.

The All-Star first baseman exited Friday night’s game against the Washington Nationals in the middle of the fourth inning. In the bottom of the frame, the team announced that Freeman was lifted as a precaution because he was experiencing elbow soreness. He was replaced by Charlie Culberson.

Freeman, who turned 30 years old on Thursday, entered Friday’s action hitting .303 with 38 home runs, and was tied for the major league lead with 117 RBIs. He has played in all but one of the Braves’ 148 contests this year. Last season, he was one of five MLB players who appeared in 162 games. In 2017, he missed six weeks with a fractured wrist, but he has never been on the injured list due to elbow problems.

Freeman’s early exit comes on the same day that Atlanta got Nick Markakis back. The veteran outfielder, who missed 43 games with a fractured wrist, returned to face the Nationals on Friday. In his first three at-bats, Markakis was 2-for-2 with a double, a run and a sacrifice fly.

The Braves began the day atop the National League East, 8.5 games ahead of second-place Washington.