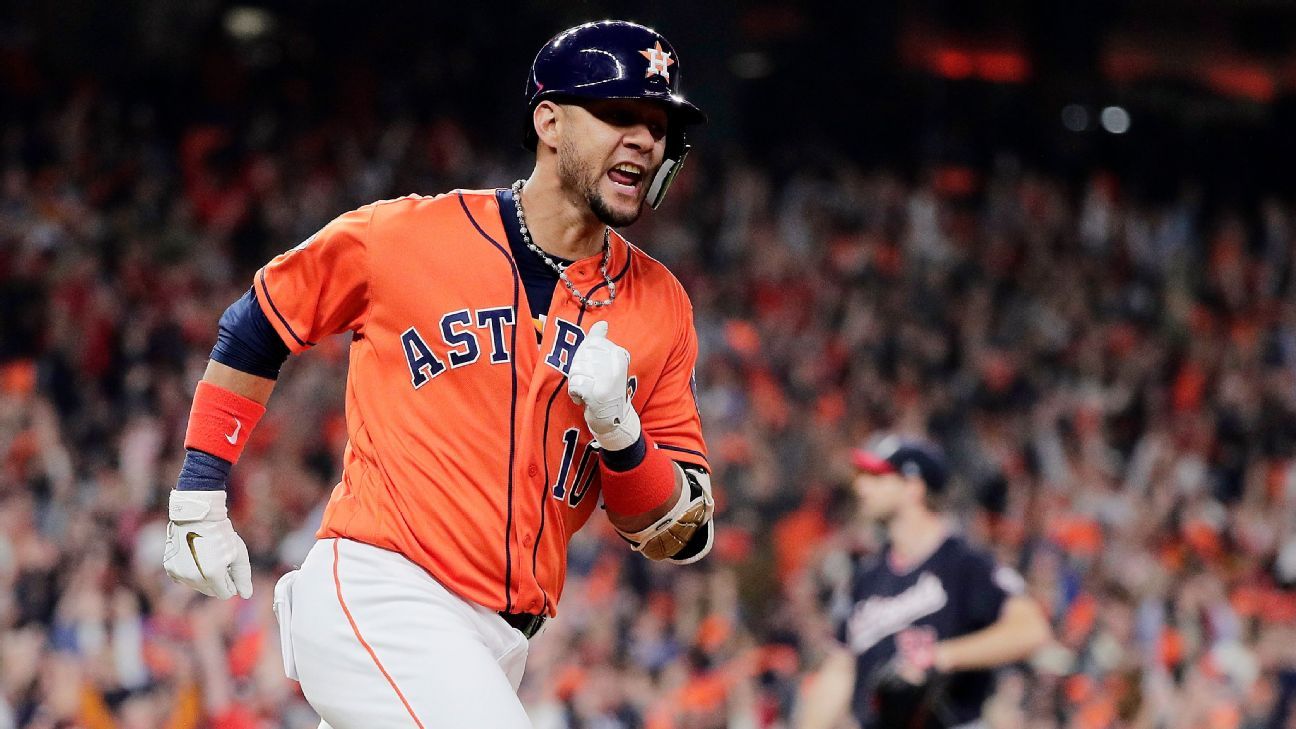 HOUSTON — Yuli Gurriel has agreed to an $8.3 million, one-year contract with the Houston Astros, a $300,000 raise from his originally scheduled salary for next season.

Gurriel hit .298 and set career bests with 31 homers and 104 RBIs as the Astros won the American League pennant for the second time in three seasons. He hit .310 with one homer and five RBIs in the seven-game World Series loss to the Washington Nationals.

The 35-year-old first baseman, who defected from Cuba, agreed in July 2016 to a $47.5 million, five-year contract with the Astros that included an $8 million salary for 2020. That deal allowed Gurriel to void the remainder of his contract when he became eligible for salary arbitration for the first time, and he reached that eligibility this offseason with 3 years, 43 days of major league service.

His new contract allows him to become a free agent after the 2020 season, preserving a right also contained in his original major league contract. It also includes the same award bonus provisions: $100,000 for MVP, $50,000 for second and $25,000 for third; $50,000 for World Series MVP, and $25,000 each for League Championship Series MVP, Silver Slugger, Gold Glove and being selected an All-Star.