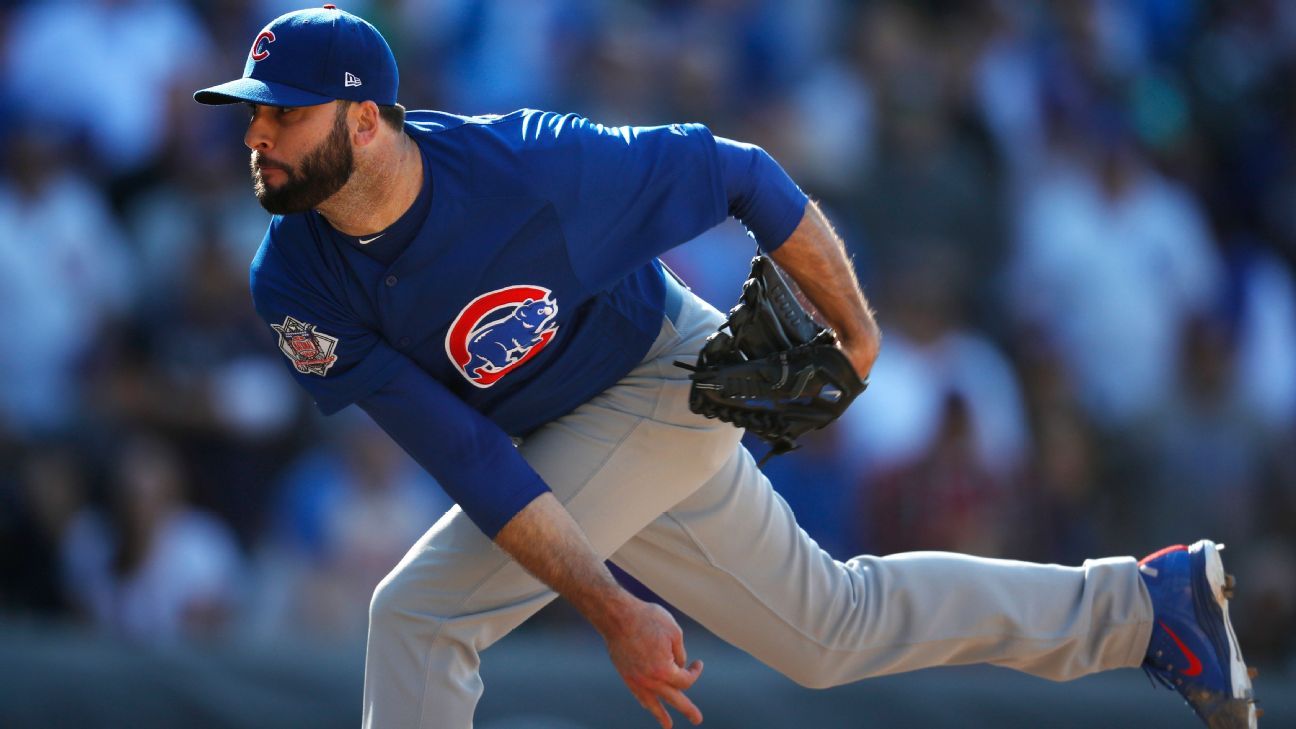 CHICAGO — The Cubs are bringing back oft-injured reliever Brandon Morrow on a minor-league deal, according to a source familiar with the situation.

Morrow, 35, last pitched in the majors on the final day before the 2018 All-Star break. He’s been plagued with elbow issues ever since.

Morrow signed a two-year, $21 million contract with Chicago before the 2018 season after pitching in all seven games of the World Series for the Los Angeles Dodgers the previous October.

Morrow was 22 of 24 in save opportunities before going on the injured list. He spent the entirety of last season at the Cubs spring facility, attempting to get healthy, but eventually had nerve decompression surgery on Sept. 1. He’s “full go” for spring training, according to the source.

Morrow is a 12-year veteran with a career 3.96 ERA as a starter then reliever. But he’s had nine disabled/injured list stints over the course of his career. His deal pays him $1 million, plus bonuses, if makes it back to the majors.