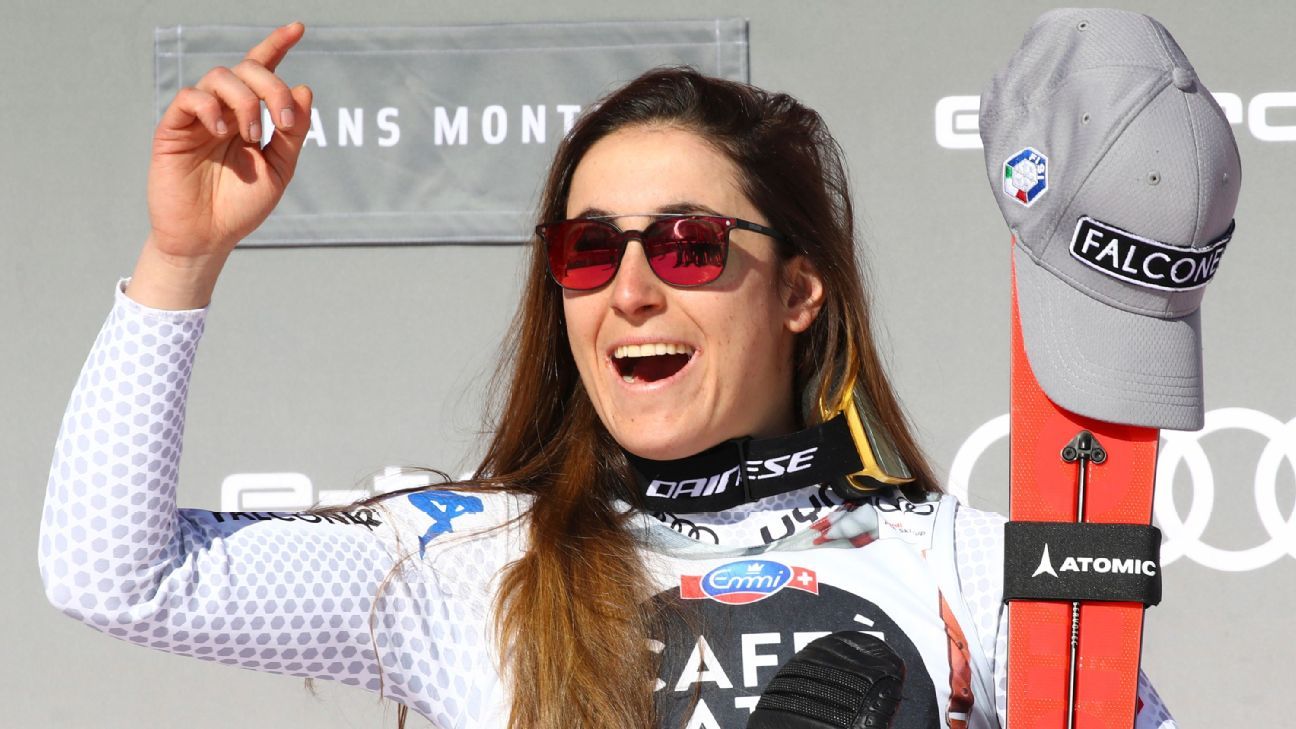 ST. MORITZ, Switerland — An Italian 1-2 edging Mikaela Shiffrin into third place. This movie has been seen before in the women’s World Cup this season.

By the smallest margin, Italy’s Sofia Goggia won a super-G race on Saturday and Mikaela Shiffrin was third which helped extend her overall standings lead.

Goggia was just 0.01 second faster than her teammate Federico Brignone on a sunny, windswept mountain above the high-end resort of St. Moritz

Shiffrin was only 0.13 behind Goggia for her sixth podium finish in eight World Cup races so far as she seeks a fourth straight overall title.

It was the second time in two weeks that Shiffrin stood looking up at two Italians. It also happened in a giant slalom at Killington, Vermont, where Marta Bassino edged Brignone for victory.

“They are all great skiers and they have a really aggressive mindset,” Shiffrin said of her friendly rivalry with the Italy team. “It’s super cool to see.”

Brignone was sitting in the leader’s box when Goggia raced and applauded with hands above her head after seeing her teammate’s time.

“It’s an amazing thing for all the team to share the podium and share happiness,”said Brignone, though acknowledging it hurt to lose by so little.

“It’s one-hundredth so it burns. A lot,” she said.

Goggia’s seventh career World Cup win was her third in super-G. She also took silver at the biennial world championships in February when Shiffrin won by just 0.02.

Always one of the most flamboyant racers, Goggia seemed at the limit making some turns and lost a ski pole landing a jump near the end.

The 2018 Olympic downhill champion said she had to let the pole go after soaring “too long, too high” at the jump.

Goggia also held nothing back standing atop the podium, loudly and heartily singing her national anthem, known by its opening line of Fratelli d’Italia, with eyes closed.

In a tight race, 10 racers were within one second of the winner. Nicole Schmidhofer, the 2017 world champion on this course, was fourth and there was a three-way tie for sixth.

By placing 10th, Viktoria Rebensburg rose to lead the super-G standings after two races. The German racer is also second overall though her World Cup points total is less than half of Shiffrin’s 532 tally.

“For now, she (Shiffrin) is unbeatable for the overall,” said Brignone, who is third.

Shiffrin won this race last year, and also added victory in the parallel slalom to sweep the weekend series. She will be favored to repeat in Sunday’s parallel event.