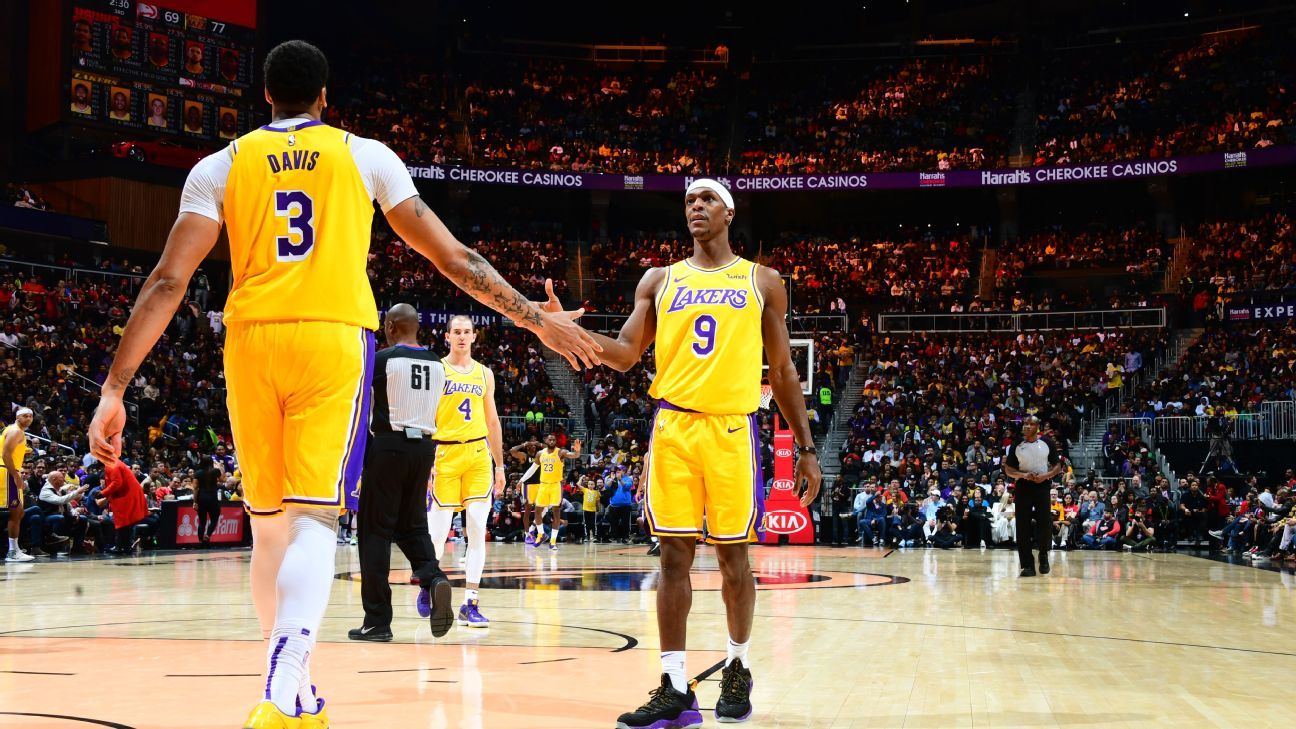 Los Angeles Lakers forward Anthony Davis remained out Monday night against the visiting Cleveland Cavaliers, while guard Rajon Rondo is listed as day-to-day with a fracture on his right ring finger.

This is Davis’ third consecutive missed game since suffering what the team is calling a gluteus maximus contusion on a nasty fall against the New York Knicks last week.

Rondo, meanwhile, underwent an MRI on Monday that revealed the fracture. Both players had been questionable for Monday’s game.

Forward LeBron James, who had missed Saturday’s win against the Thunder in Oklahoma City due to illness, started for the Lakers on Monday.