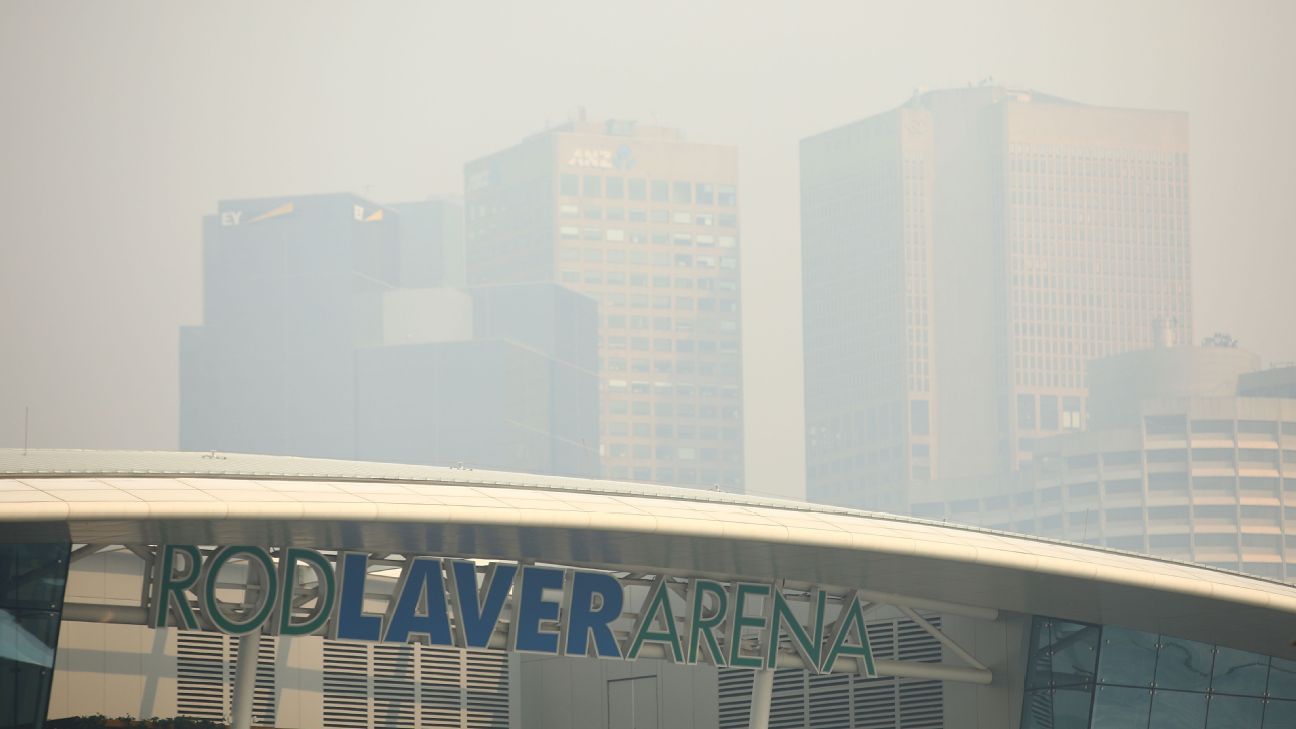 Australian Open tennis organisers have been forced to suspend practice and postpone the start of the qualifying tournament after heavy smoke from Victoria’s bushfires blanketed Melbourne Park.

The new start time on the opening day of qualifying for next week’s grand slam event will be 11am, after practice was temporarily halted due to the poor air quality.

“Conditions onsite are improving and are being constantly monitored,” a Tennis Australia statement read.

“Further decisions will be made using onsite data and in consultation with our medical team, the Bureau of Meterology and scientists from the EPA.

“As always the health and safety of our players, our staff and our fans is our priority.”

Organisers of the Kooyong Classic in Melbourne are also keeping an eye on conditions, but expect play to start at the scheduled time of 1pm with the air expected to become clearer.

“The health and safety of the players, spectators and all in involved in the Kooyong Classic event is paramount,” tournament director Peter Johnston said.

Currently the world No.182, the fallen star will play American Denis Kudla later on Tuesday.

Tomic recorded just seven wins at ATP level in 2019 – none at the slams – and hasn’t played a tournament since a first-round loss to Dan Evans in Stockholm in October.